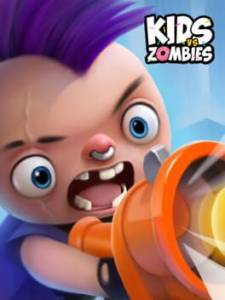 Countdown of remaining time before release date of Kids VS Zombies.

Kill zombies — shoot, run, and survive as long as you can! Kids vs Zombies is an epic MOBA & PVP battle fusion with zombie shooting and brawl against other survivors. It's a NEW battle royale: you can’t kill other players — only trap them instead. So get your shooter and become the smartest zombie killer in the arena.