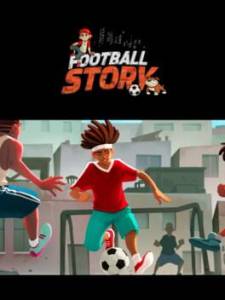 Countdown of remaining time before release date of Football Story.

Football Story is a multiplayer football game that pits full teams of players against one another. Each player controls their own character, instead of a full team. In Football Story, you step into the cleats of a player in a small neighborhood club.