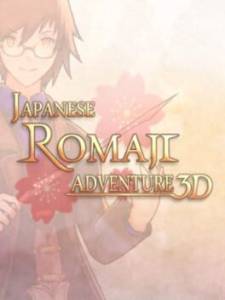 An RPG in which you learn Japanese using romaji characters i.e. English letters.

In a matter of hours you could be speaking Japanese. For those already learning Japanese it is a valued study addition.

In this game you can practice and learn over 600 words along with some basic grammar.

It is set in the 1800's and is an epic adventure that will teach you about Japanese history and the language.

What is it about?

Join Harry and his crew who are among the first westerners to set foot on Japan after the prolonged period of isolation.

Set during the Meji period -- a considerably important time in Japanese history.

Face enemies and make friends along the way as you battle, quest, quiz and learn your way to victory!

The game has mini-quests and mini-games and additionally there is a battle component.

What can you learn?

The ultimate goal was to make this game suitable for teaching the entire 700 words of Japanese N5. It teaches 600+ words. It is ideal for students and/or Japan fanatics!

Developed by JBO Media and Angel Star Studios in partnership.

The remastered edition now has:

+extra features we will announce at a later date, wishlist to be notified!