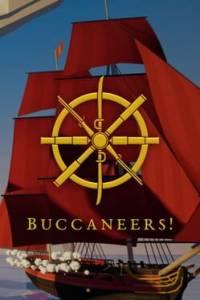 Countdown of remaining time before release date of Buccaneers!.

Buccaneers! is an upcoming first-person pirate game for PC, Xbox One and VR devices. The game is set in the Caribbean sea after the end of the Golden Age of Piracy, and explores a fictional timeline in which piracy recovers and becomes a major threat to the balance of power in the region. The player joins one of four factions and helps them to fight for dominance on land and at sea.