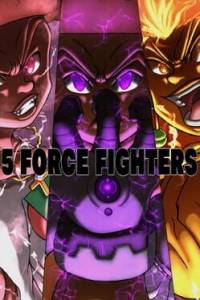 Countdown of remaining time before release date of 5 Force Fighters.

5 Force Fighters is a 2D fighting game with a cast of unstoppable characters, and a combat system that boasts universal offensive and defensive options. Unravel the story of 5 teens blessed with elemental powers, but cursed with scarred pasts that have led them to a common, but destructive, goal.