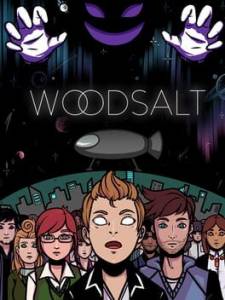 Countdown of remaining time before release date of Woodsalt.

"Woodsalt" is an adventure game set on the planet of Nu-Terra, 1000 years after Earth was evacuated during chaotic natural disasters and an attack by giant creatures.