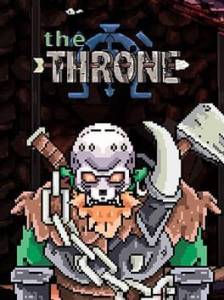 Countdown of remaining time before release date of The Throne.

The Throne is a Metroidvania-style game, individual and offline that tells the story of a confrontation between the human race and the terrible orcs. Humans lived quietly within the limits of the wall of the Castle of Tauros, considered the most protected of all kingdoms on earth. One day, the king of Tauros was betrayed by his commander, Babon, who provided information on the great wall to the orc warriors in exchange for power and wealth. Many managed to escape, but several soldiers ended up trapped in the kingdom. Our protagonist, Eder, was appointed by the former king of Tauros to win back the castle and rescue the surviving soldiers.

Welcome to The Throne world.