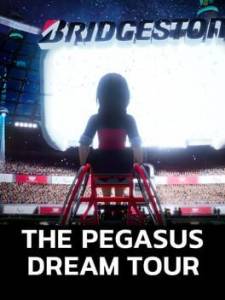 Countdown of remaining time before release date of The Pegasus Dream Tour.

Made in partnership with the International Paralympic Committee (IPC) being developed by JP Games, a studio founded by Final Fantasy XV director Hajime Tabata after he left Square Enix.

The game is a sports RPG taking place in a fantasy metropolis, Pegasus City, where competitors will awaken special abilities, Xtra Powers, while competing in the Paralympic Games.

Planned to be released in 2020 across various platforms.