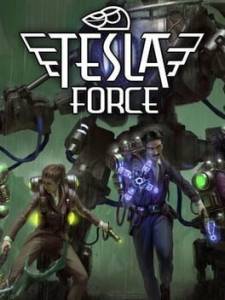 With science as your super power, charge up your coils and zap into action! Tesla Force is a rogue-lite top-down shooter featuring endless procedural gameplay with tentacle splitting action. Play as Tesla, Curie, Lovecraft and Shelley and blast the cosmic horror back into the galactic abyss!

The cosmic horrors are awakening. It's time to call upon the heroes of science and eldritch knowledge to defend mankind from an assault from the outer reaches of reality!