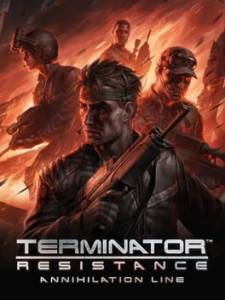 Annihilation Line is a new narrative DLC campaign for Terminator: Resistance and picks up mid-way through the main campaign story. The DLC sees Jacob Rivers and a small team of Resistance soldiers led by Kyle Reese heading into the most dangerous territory imaginable...the land beyond the Annihilation Line.