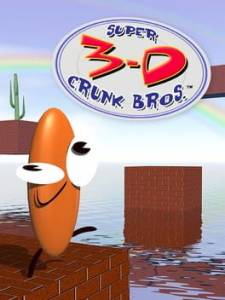 SUPER 3-D CRUNK BROS. is an action-adventure platformer which tells the tale of a hash brown named Crunk, his "brother" Paco, and their journey to thwart the plans of a nefarious corporation bent on taking over the world.