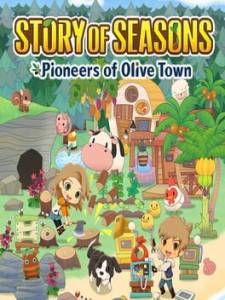 Countdown of remaining time before release date of Story of Seasons: Pioneers of Olive Town.

The long-awaited brand new entry in the original farm/life simulation franchise, known in Japan as Bokujo Monogatari, makes its debut on Nintendo Switch, bringing players more freedom than ever before to shape an untamed wilderness and customize their farm down to the very tile. A new cast of marriage candidates, a town that grows and thrives along with your farm, and a request system highlight the new features, all while retaining the core elements of the STORY OF SEASONS series. Finding Earth Sprites while exploring your farmland may lead you to mysterious, fantastical lands such as gardens where the seasons never change, an island in the sky, or even the inside of a volcano!