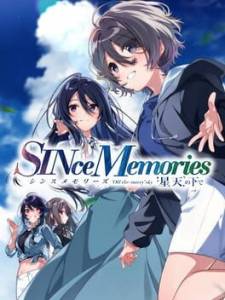 Countdown of remaining time before release date of SINce Memories: Off the Starry Sky.

The main character "Junya Mizumoto" helps his family's business "Mizumoto-dou" while attending university. His heart is bind to his older brother Takaya, who died last year.

"Why did I survive?"

One day, he meets a girl. "I wish you're the one who died," she says, before disappearing without telling herself identity.

After that, Junya's childhood friend "Chihaya Houjou" comes in with a project to renovate the old Houjou family house. It would be the first big job for Junya to take charge. He was confused by the series of firsts. How he will face the task that he cannot accomplish alone? The various people he meets through the job... Junya is at the mercy of many problems and conflicts caused by their respective emotions.

Will he be able to successfully renovate the old Houjou house?

Who is that girl?