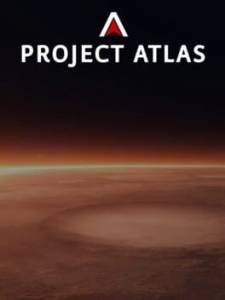 Countdown of remaining time before release date of Project Atlas.

Project Atlas is set in a futuristic era on mars. The game has 3 factions (Corporate, Civilian, Government).

In the first stage all 3 factions need to create a basic infrastructure firs for to survive and if they save enough material they can go in phase 2 where they can build more and bigger machinery with automation.

The game has lots of outcomes, but there are 2 main, the pacifist and the warlord. In the pacifist version the 3 faction can build the most advanced infrastructure on mars and if they run out of space they can expand to other planets (Future Updates). The second outcome is the warlord where the government faction starts to bomb the corporate factories when the refused to capitulate (if you are a factory owner you can choose to give some percent of the factory income for the war to the government) in this scenario the civil people can choose where to join, to stay independent or to make terror attacks against Government or private corporate sites. If one if the factions win the war they can process all the resources on the planet and sell it back to Earth or other planets/stations. (yeah in the future you can build space stations)

The game is in FPS or in the future you can play it in VR too!