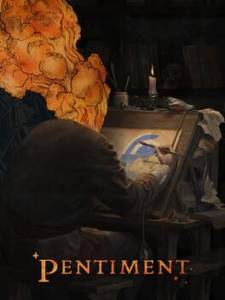 Countdown of remaining time before release date of Pentiment.

A 16th-century narrative adventure set in Upper Bavaria, following Andreas Maler, a journeyman artist working in the bygone scriptorium of Kiersau Abbey during a time of great social unrest. While finishing his masterpiece, Andreas inadvertently becomes entangled in a series of murders that take place over 25 years. Peasants, thieves, craftsmen, monks, nuns, nobles, and even saints must be investigated and interrogated to expose the truth.