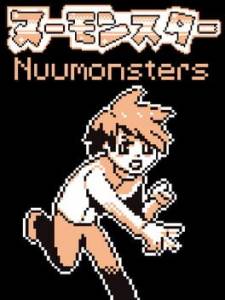 Countdown of remaining time before release date of Nuumonsters.

Nuumonsters is a game set in the future about curious little creatures that strive to be the strongest! Power on your AR Gear and play the role of Yasaka or Yana who strives to be the highest ranking Nuumonster trainer on the global leaderboards. Do so by defeating powerful opponents in Nuumonster battles, unlocking secret training dojo's, and attending underground battling casinos.