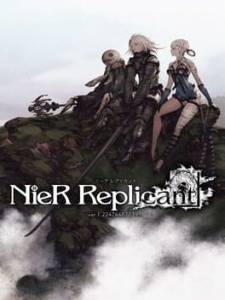 A remaster of NieR Replicant, the Japanese PlayStation 3 exclusive version of the first NieR game.

NieR Replicant ver.1.22474487139 invites players into a dark, apocalyptic world as they join a brother’s captivating quest to cure his sister of a deadly disease - a quest which will in turn make them question everything."

It was originally released in 2010 alongside the Xbox 360 version, known as NieR Gestalt, that was later released internationally on both systems as NieR.

The versions are mostly the same with some music changes, the main distinction being the story changes around the protagonist being an older brother in Replicant or a father in Gestalt.