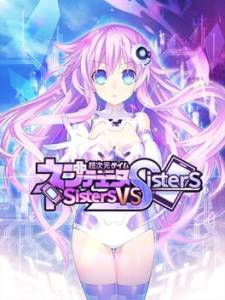 Countdown of remaining time before release date of Neptunia: Sisters vs Sisters.

The “sisters” get their long-awaited star role in this genuine Neptunia series spin-off!

The four younger sisters rise up to take back their share of the portable games market stolen by the mysterious smartphone called “MagiPhone.” The character models that decorate game scenes are all-new, and the characters are cuter than ever!

In addition to a battle system that combines action and strategy, the familiar “Goddess Transformations” and “EXE Drive” systems return, allowing players to enjoy dynamic battles. Utilize strategy to seize victory with the sisters!