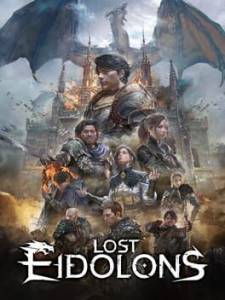 Countdown of remaining time before release date of Lost Eidolons.

Lost Eidolons is a turn-based tactical RPG set in a land of forgotten gods and feudal war. Join small-town mercenary Eden as he's thrust into an escalating revolution. Recruit allies, build a rebellion, and test your wits in challenging story-driven scenarios.