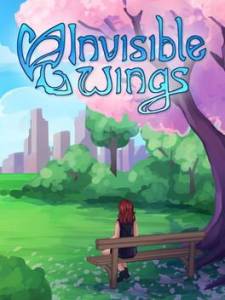 Countdown of remaining time before release date of Invisible Wings.

Invisible Wings is a narrative adventure game that takes the player on a journey in a dystopian fantasy setting.

Follow Dawn, a young woman of faerie descent, as she tries to find answers to her own identity in a modern world, where faeries and humans were supposed to live in harmony. Being bullied and harassed most of her life because of her appearance, she wants nothing more than just being an ordinary human. Although she blames her magical ancestors for all her problems, she meets a faerie herself, who grows more than a friend to her and complicates her quest even further.

Explore the vibrant and diverse city of Ceylynn in an interactive visual novel, characterized by recognizable characters, a rich world full of lore and a memorable adaptive soundtrack.