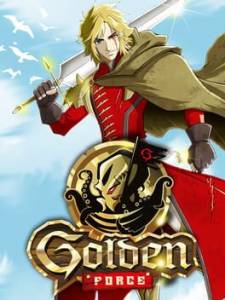 Countdown of remaining time before release date of Golden Force.

The Demon King has set his sights on Muscle Island, a hitherto heavenly and peaceful place where life was good. The dark figure has installed his army there and persecutes the population with the help of his generals. Wasting their last coins in taverns, the mercenaries of the dreaded Golden Force take advantage of their last vacation moments when they receive a new contract: to defeat this evil new ruler and reclaim the mountain of gold in his possession. When there is gold and the promise of a good fight, you can count on the Golden Force to save your loaves!