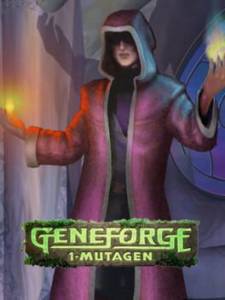 Countdown of remaining time before release date of Geneforge 1 - Mutagen.

A remaster/remake of the original Geneforge, released in 2001, with plans for a new UI and an enhanced story.

Kickstarter Stretch goals were reached for a new endgame creature and a new region for the game.