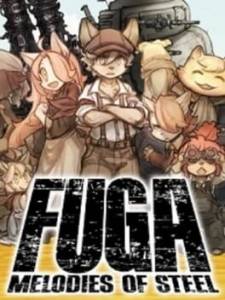 Countdown of remaining time before release date of Fuga: Melodies of Steel.

Fuga is set in a war-ravaged world where a village is destroyed by the fascist Berman Empire. Eleven child survivors band together after the attack and board a gigantic tank known as Taranis - a relic of an ancient but technologically-advanced civilization - in order to travel across the dangerous landscape and rescue their families who were taken prisoner. The Taranis houses a super weapon called the Soul Cannon which is capable of immense destruction at the cost of a crew member's life, with the main characters having to choose when and whom to sacrifice in order for the group to reach their destination.