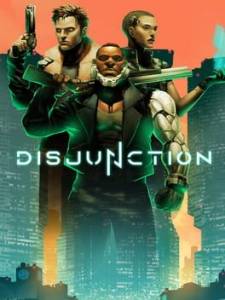 Countdown of remaining time before release date of Disjunction.

Disjunction is an upcoming single-player, cyberpunk, stealth-action RPG set in the dystopian underworld of New York City in the year 2048. The game follows the interconnected narratives of three characters as they unravel a mystery that will change the fate of their city.