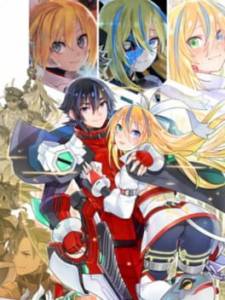 One day, a young man named Jason Frudnick, known for being a genius in the field of robotic engineering, discovered a strange creature that he had never seen before. No records of this mysterious creature could be found, so Jason gave it the name " Fred " and took it to his lab to begin closely observing it.

Shortly after that, an accident occurred in the lab and Fred managed to escape. Fred jumped into a hole that seemingly appeared out of nowhere. Jason followed, and before he knew it, he found himself in a cave where the battle vehicle " SOPHIA III " awaited him.

With his curiosity in this incredibly high-tech vehicle piqued, Jason hopped abroad SOPHIA III and began his adventure in the vast subterranean world in search of Fred.

Mutant blasting action is back! Join Jason, Eve, and Fred on an intergalactic journey!

Experience the yet-untold story of Jason and Eve after defeating Earth's mutant scourge as they venture into the depths of space in their new battle tank, "GAIA-SOPHIA"!

The story of Blaster Master Zero 2 begins a few months after the events of the first game (released on March 9, 2017), where the main protagonist Jason saves planet Earth from the mutants. Eve has been infected by mutant cells that are slowly corrupting her body, so together with Jason and Fred, they board G-SOPHIA and begin an intergalactic journey to Eve's home planet, Sophia, in hopes of finding a cure for the mutant infection.

A perfect blend of action-adventure through outer space and the signature Blaster Master gameplay creates a formula for a fun new experience.

Series protagonist Jason travels to where the series all began, the planet Sophia, in order to save the series heroine Eve in the final installment of the story!