There are wild theories going on the internet about a ‘zombie apocalypse’ on February 21st, 2021 – here’s what started the trend.

The past year has been a tumultuous one for the whole world which started with bushfires across Australia, a global pandemic and international protests about the Black Lives movement.

As we enter the new year, many countries are still under national lockdowns and strict restrictions because of the ongoing Covid-19 situation.

In a world where we can’t make plans right now, some social media users have been reading about wild predictions about 2021 and a supposed ‘zombie apocalypse’.


The eerie prediction about a supposed ‘zombie apocalypse’ has been shared by many social media users who claim that zombies are coming on February 21st, 2021.

It appears that the trend started after people started reading about the writings of the French philosopher Nostradamus.

He allegedly made a number of predictions in his book Les Prophéties in 1555 in which he wrote:

“Few young people: half−dead to give a start. Dead through spite, he will cause the others to shine.

“Fathers and mothers dead of infinite sorrows, Women in mourning, the pestilent she−monster: The Great One to be no more, all the world to end.”


Nostradamus allegedly predicted the Covid-19 outbreak in 2020 but there is no actual evidence to support that.

Theories like these have been circulating on the internet for a long time. The Mayans predicted that the world would end on June 21st, 2012 (later changed to December 21st, 2012) which didn’t happen.


Is there any truth to Nostradamus' zombie prediction?

Several of Nostradamus' claims have come true, such as his prediction of the Great Fire of London in 1666.

Nostradamus wrote 100 years before the Great Fire: "The blood of the just will commit a fault at London, Burnt through lightning of twenty threes the six:

As such, over the course of hundreds of years, at least a few are bound to come into fruition with the meaning of the philosophers' words interpreted differently after the event took place.

For example, one such prediction was supposedly the rise of Donald Trump and how he would become President of the United States.

In Century III, Quatrain 81, Nostradamus wrote: “The great shameless, audacious bawler. He will be elected governor of the army: The boldness of his contention. The bridge broken, the city faint from fear.”

As you can see, there is actually no mention of President Trump and Nostradamus' words were interpreted differently after the businessman was elected.

"The ancient lady will fall from her high place, Several of the same sect will be killed."

Although several claims Nostradamus has made have come to fruition, many of his prophecies have been very vague.


However, in his supposed zombie prediction there is a specific mention of the "half dead".

This is one of the greatest fears of humanity, inspired by a bulk of Hollywood movies, and scientists do believe a zombie outbreak could happen.

While it would be impossible to believe the dead would rise and feed on the living, experts do think that a parasite could affect the brain or a virus could evolve.

A parasite known as Toxoplasma gondii is known to infect the brains of rodents.


The parasite can then manipulate the rodent’s behaviour to make it fearless around cats – where the parasite is hoping to end up.

The parasite has the ability to make the rodent head towards a cat where it will be eaten.

However, what worries scientists is how similar rats and humans are – which is why they are used for testing drugs and medical breakthroughs.

Already it is believed half of humans around the world have a dormant version of the parasite on their brains in the form of harmless cysts.

Nonetheless, for some with immune deficiencies, the parasite has taken over which has been linked to schizophrenia and suicidal tendencies.


A study from several years ago from the University of California revealed the parasite is more powerful than previously thought.

Wendy Ingham, who was involved in the study, said the team tested the parasite on mice which were ultimately unfazed by the presence of a predator once infected.

She warned toxoplasma was dangerous: “The idea that this parasite knows more about our brains than we do, and has the ability to exert desired change in complicated rodent behaviour, is absolutely fascinating.

“Toxoplasma has done a phenomenal job of figuring out mammalian brains in order to enhance its transmission through a complicated life cycle.”

So it is extremely unlikely - or impossible - the living dead will rise, but beware of parasites 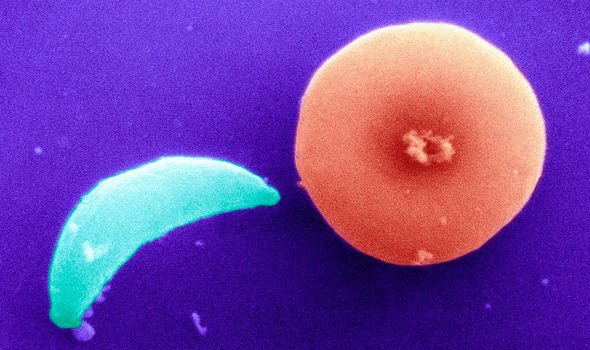