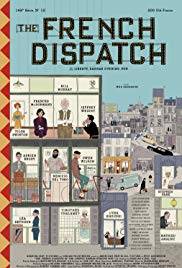 Get the remaining time before film "The French Dispatch " release in United States.

A love letter to journalists set in an outpost of an American newspaper in a fictional 20th-century French city that brings to life a collection of stories published in "The French Dispatch" magazine.