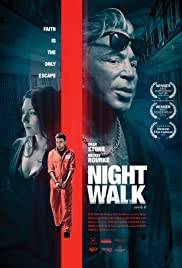 Get the remaining time before film "Night Walk " release in United States.

In this modern-day Romeo and Juliet, star-crossed lovers are torn apart by cultural tensions between the East and the West. Sarah takes her American boyfriend Frank to her home country in the Arab world. After an incident during a night stroll, Frank is imprisoned by corrupt police for Sarah's murder. His quest for justice turns into a spiritual journey led by Muslim inmates, from the moderate ...
See full summary »